The Heart is a Lonely Hunter: Alan Arkin Summer Under The Stars Blogathon

Today TCM is shining it's spotlight on Alan Arkin, he is the 24 hour focus today during their  Summer Under the Stars tribute. And I'm so excited to be a part of the 2015 Summer Under the Stars Blogathon.
Arkin has a career spanning just about 6 decades, he is an Academy Award winner, Tony Award winner and is still going strong.  He has worked in so many different types of films, satire, comedy, suspense, he's worked in big studio films as well as independent films.  And he has brought his wonderful talent to each of them.  His career is extremely diverse and his performances are always engaging and memorable.


If you want to see one his most dramatic and magnetic roles, do yourself a favor today and watch The Heart is a Lonely Hunter on TCM (8pm Eastern/5pm Pacific) and be sure to keep some Kleenex within arms length. 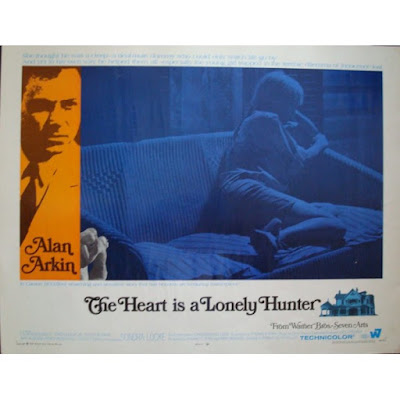 Vital Stats:
The Heart is a Lonely Hunter (1968)
Starring Alan Arkin, Sondra Locke and co-starring: Stacy Keach, Chuck McCann, Percy Rodrigues, and Cicely Tyson
directed by: Robert Ellis Miller
based on the novel of the same name by Carson McCullers. 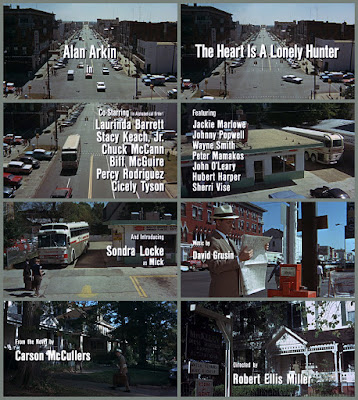 I had the pleasure of seeing this movie for the first time at the 2014 TCM Classic Film Festival as part of their tribute to Alan Arkin.  And it has stuck with me ever since.  This movie not only ripped out my heart, but then proceeded to stomp on my aforementioned heart.  When the lights came up after the movie ended I sincerely needed a moment to collect myself.  All of the performances are stunning, while also subtle.  The story/plot is poignant and really captures the human condition, gets to the root of loneliness and shows how hard it is to really connect. 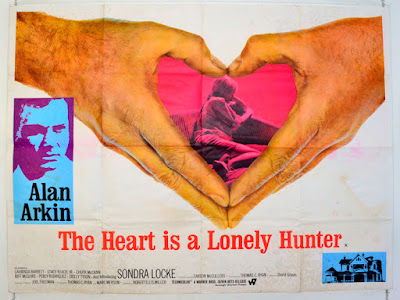 Alan Arkin plays a deaf-mute, Mr. Singer, a man who moves to a new, small town to be near his best friend, Spiro, who has been institutionalized.  While adjusting to his new life he meets a wide variety of people. 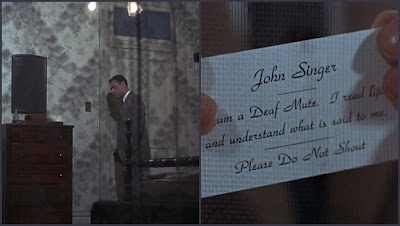 His character, without the ability to speak or hear, changes the lives of almost every person that he encounters including: an aimless drunk (Stacy Keach), an extremely stubborn doctor (Percy Rodrigues), the doctor's daughter (Cicely Tyson) and a precocious 14 year old girl (Sondra Locke) who lives in the house where he's staying.  Throughout the movie he becomes a support, confidant, secret-keeper, friend, and a shoulder to cry on for everyone around him.  All the while he is silently searching and yearning for a meaningful connection and never quite getting it. 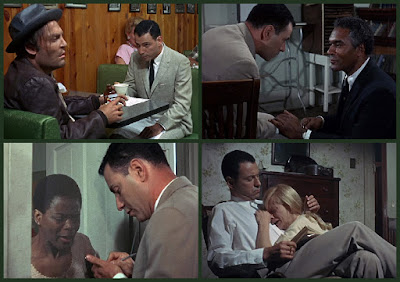 His best friend is a fellow deaf-mute, Spiro (Chuck McCann), who's one and only motivation is candy (I can relate).  While Arkin's character does have a friendly connection to Spiro, wants to look out for him, and is able to communicate with him, he isn't getting that deeper connection that he so desperately needs.  There are even moments where it looks like Singer is wishing and hoping he could just be normal, or not draw attention to himself. 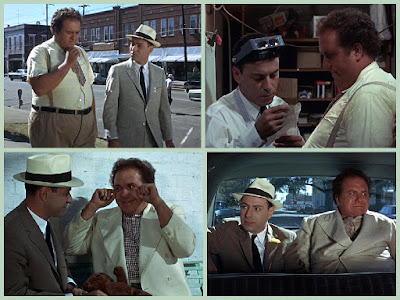 Throughout the movie, Mr. Singer maintains a positive, helpful, upbeat attitude, but in many moments it is evident that he wants something more.  It's as if he yearns for someone to be there for him and to provide him with support or a shoulder to cry on when he needs it.  You can see it in the look on his face when his new friend forgets about their chess game, or when Mick doesn't have time to listen to records. 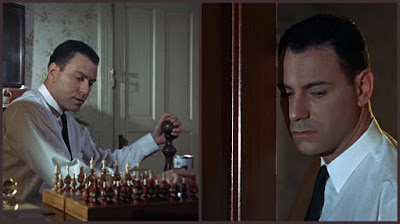 One of the most interesting lines and pretty much the crux of the movie, is said by Stacy Keach's character, he says to Mr. Singer: "I could talk to you, and you listened, you really listened.  I think you're the only one who ever did."  While he's saying this Singer is signing, "No, no, I read lips."  It's really powerful that all the characters feel this connection to him and feel like he hears and understands them, while they were unable to do the same for him.  Even still their lives are made better and changed by this person who takes the time to "listen."  This movie really embodies the old adage that actions speak louder than words. 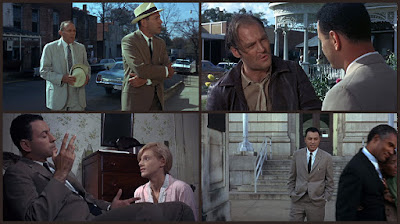 And this spoke to me so completely.  Everyone has times in their lives when they feel alone or are looking for ways to connect.  The film really captures loneliness on a visceral level.  Singer isn't isolated or literally alone.  He does have people in his life, he has people who he interacts with and cares for and they try to care about him, but these people can't or won't provide him with the stimulation or connection that he is missing. The acting in the movie is absolutely stellar, both Arkin and Locke were nominated for Academy Awards (how Arkin didn't win is beyond me).

I hadn't heard of this movie before it was announced as part of the festival and I really didn't know what to expect from the film.  During the pre-movie interview between Alan Arkin and Ben Mankiewicz, Ben had asked Alan if they had considered using subtitles for the film.  At the time I had no context for the question, but Mr. Arkin said that was a good question and that subtitles had been considered, but the final decision was to not use subtitles.  I think ultimately it was the right choice to forego subtitles because Arkin is able to convey so much with facial expressions, gestures, body language and his sign language (I took a sign language course a number of years ago and was able to pick up a few signs here and there). 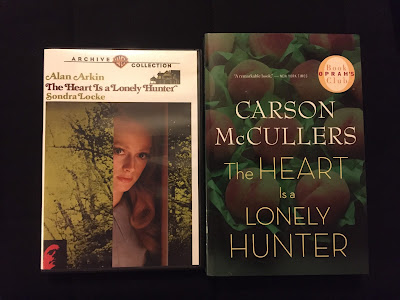 If you don't take my advice and watch The Heart is a Lonely Hunter during Alan Arkin's special day on TCM you can find it on DVD through Amazon or WBshop.com.  I'm also going to bet that the book is a great read, I haven't had the opportunity to read it yet, but it is also available through Amazon or I'm sure it can be found at your local library.


Have you already seen this Arkin film?  Thoughts? Which other movies are you going to enjoy during Alan Arkin's Summer Under the Stars Day? Any movies of his that you wish were screening today?  Hope you enjoy it!

Please be sure to check out the rest of the Sumer Under the Stars Blogathon over at: Journeys in Classic Film

Diane
I'm a huge! classic movie fan (hence the blog). I am currently teaching, but kind of thinking about a career in entertainment again.